A tool for both foreign and domestic soft power 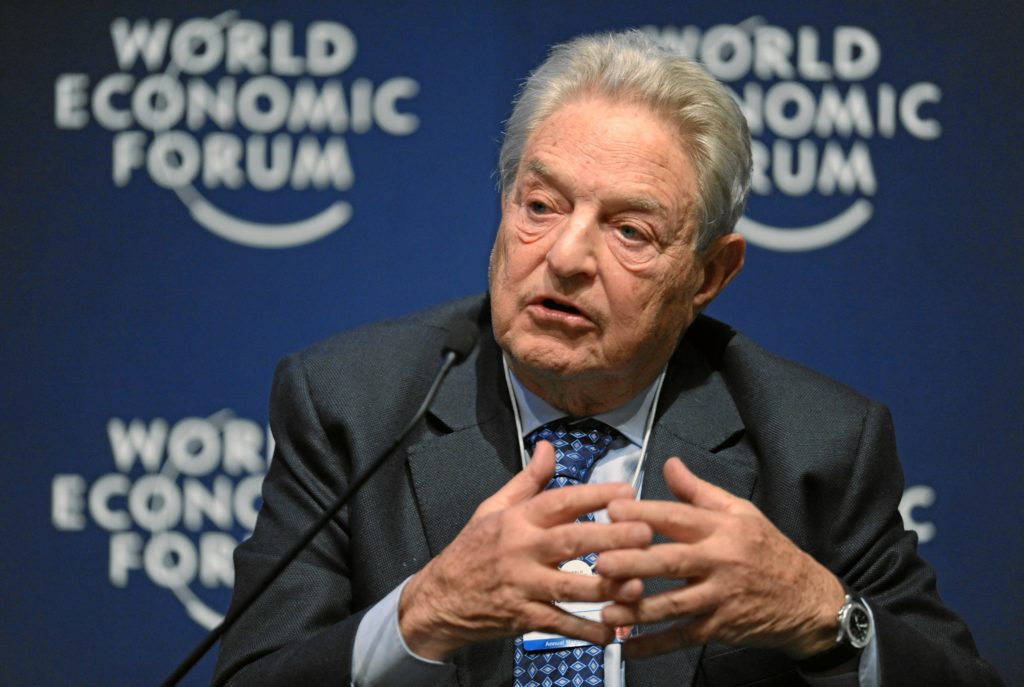 Nongovernmental organizations, or NGOs, are a tool for both foreign and domestic soft power in many countries. One major aspect of liberalism is its power to make policy decisions shift away from governments and to NGOs, which tend to be funded through billionaires’ philanthropic foundations. A number of these NGOs are even funded directly by the US State Department, such as the National Endowment for Democracy (NED). Today, it’s easier than ever for NGOs to organize complex projects, being that social media is an extremely effective tool to raise funds and recruit volunteers. In addition, wokeism serves as a method to make NGOs resemble benevolent actors and portray critics as bigots.

An infamous example of philanthropists using NGOs to serve the interests of western imperialism is the liberal billionaire George Soros and his Open Society Foundations (OSF). It could even be argued that Soros himself participated in laying the foundations for woke capitalism. Of course, Soros can’t take all the credit. Zbigniew Brzezinski, who served as National Security Advisor during the Carter administration, emphasized promoting “human rights” as a strategy to make the United States seem more democratic than the Soviet Union. Brzezinski’s soft power strategy and Soros’ “Open Society” have proven themselves to be effective at preserving US global hegemony over the past several decades.

In 2016, Transparify (which, ironically, receives OSF funding) examined just how open 200 think tanks across 47 different countries are about the funding they receive. Each think tank was rated on a scale of 0 (most opaque) to 5 (most transparent). Nine think tanks received a rating of 0, one of which being OSF – the only American think tank to receive such a low rating. OSF offers grants, scholarships, and fellowships “to organizations and individuals who share Open Society values.” Two fellowship programs involving 12-18 month long projects especially stand out: Soros Justice Fellowships that offer anywhere from $57,500 to $127,500 for individuals to work in the criminal justice system and the Leadership in Government Fellowship Program that offers $100,000 – $140,000 to “former senior-level government officials and staff who have played a significant role in advancing social change.”

It should come as no surprise that whenever someone points out Soros funding, the Synthetic Left dismisses it as a far-right antisemitic conspiracy theory. On its official website, the OSF openly admits to influencing other countries’ internal affairs. In 1979, Soros began funding anti-communist dissidents by means of a foundation he opened in China. It lasted a mere three years until “the government’s brutal crushing of dissent in Tiananmen Square.” Soros also began flooding the former Soviet bloc with Open Society offices following the fall of the Berlin Wall, and started working with the European Union in 1999 to support policies that “respect open society values inside and outside its borders.”

Sur International Journal on Human Rights, which openly admits to receiving OSF funding, published a report on the “War on NGOs in Eastern Europe” after Hungary passed a law in June 2017 restricting the influence of Soros-funded NGOs. The report described this law as “a Russia-style foreign agent regulation,” referencing the 2012 law in Russia which also put restrictions on foreign NGOs. Today, there are groups and individuals which receive funding from Soros’ foundations in over 120 countries. Considering the long history of George Soros using his wealth and influence to “open societies” to global capitalism, it is completely reasonable from any country’s national security standpoint to restrict the influence of his foundations.

As mentioned in the previous Woke Capital article, the Anti-Defamation League (ADL) has partnered with PayPal to crack down on what they consider to be “extremism”. Not even two months later, several anti-imperialist journalists were banned from using PayPal’s services. Ironically, the ADL claims to be fighting against antisemitism, while doing their best to silence anyone who is against Ukrainian neo-Nazis.

Unfortunately, the ADL is only one of several NGOs which support censorship while claiming to be fighting against extremism, hate speech, and disinformation. Shortly after Infrared and Jackson Hinkle were banned from Twitch, the Tech Transparency Project published a report accusing both of these anti-imperialist streamers of “actively spreading Russian-fueled propaganda on Ukraine.” In late 2020, the Center for Countering Digital Hate published The Anti-Vaxx Playbook, claiming that social media companies must deplatform ‘anti-vaxxers’ because “the best way of preventing someone falling for a conspiracy theory is to prevent them from seeing it in the first place.”

Although NGOs can do things which benefit society, the ongoing trend of these organizations giving themselves enough power to override the sovereignty of multiple countries is quite worrying. From the dissolution of the Soviet Union, to widespread social media censorship, it’s clear that these “nongovernmental” organizations have effectively become part of a parallel government which has more power than actual governments and is loyal to nothing except the accumulation of profits.