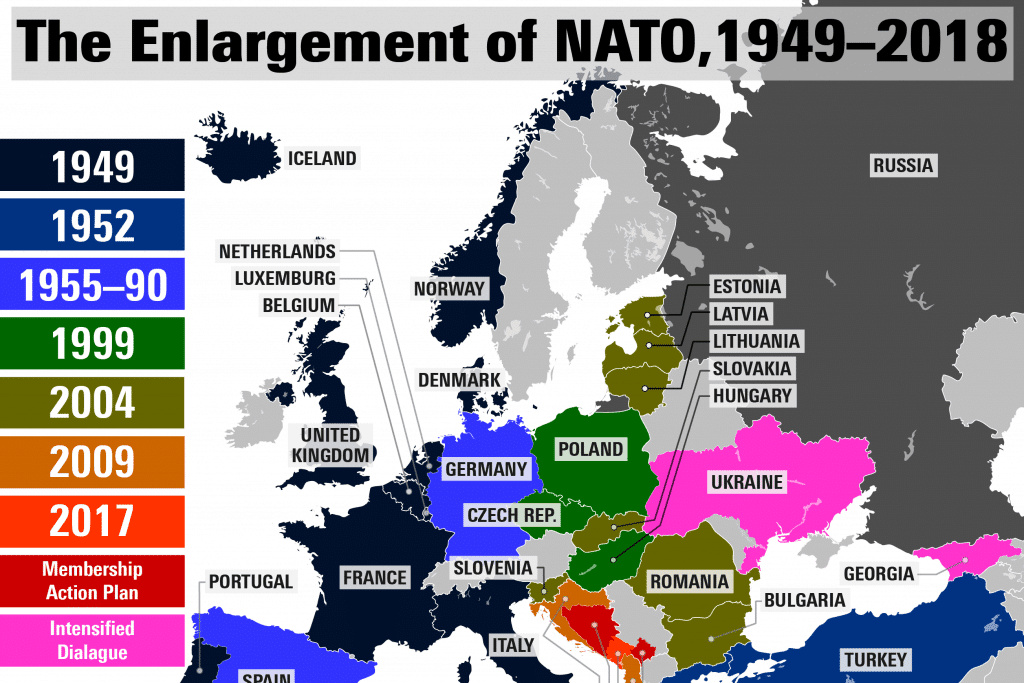 During his annual news address late last year, President Vladimir Putin spoke to the Russian public as well as to foreign and domestic analysts on a variety of topics, particularly, the rising tensions in Ukraine. Throughout the speech, Putin made himself (and Russia’s official position) very clear; Russia doesn’t want to be our enemy. Russia doesn’t want war in Ukraine, and they certainly don’t want NATO inching closer to their doorstep.

In February 1990, during negotiations with Mikhail Gorbachev over the conditions of German Unification, then-Secretary of State James Baker promised that, “there would be no extension of NATO’s jurisdiction for forces of NATO one inch to the east.” Both men agreed that NATO expansion would be, “unacceptable.” This promise, which provided the basis for further negotiations, was seemingly made to be broken, as by March, the National Security Council had encouraged US lawmakers to, “signal to the new democracies of Eastern Europe NATO’s readiness to contemplate their future membership.” Despite this, US officials have continued to lie in their interest, selectively remembering and forgetting the 1990 promise whenever they see fit. In 1999, after having ripped apart Yugoslavia, NATO admitted three Eastern European countries into the organization, and the expansion hasn’t stopped since.

When US citizens are told of Russian aggression, they aren’t simultaneously told about this broken promise, or the many other NATO infractions on Russian sovereignty. They aren’t told of the openly fascist coup orchestrated by Western governments in Ukraine in the early 2010s, nor are they informed of Western backed bombing campaigns of Russian cities in Donbass. We are given a one-sided narrative, a narrative which seeks to paint the world in black and white, and depict Russia as the unwieldy aggressor. In reality, when the bedazzled veil of mainstream coverage is thrown aside, all that remains are NATO lies, NATO aggression, and the fact of the matter; Russia doesn’t want to be our enemy.

Fascism: The “F Word” For Capitalism