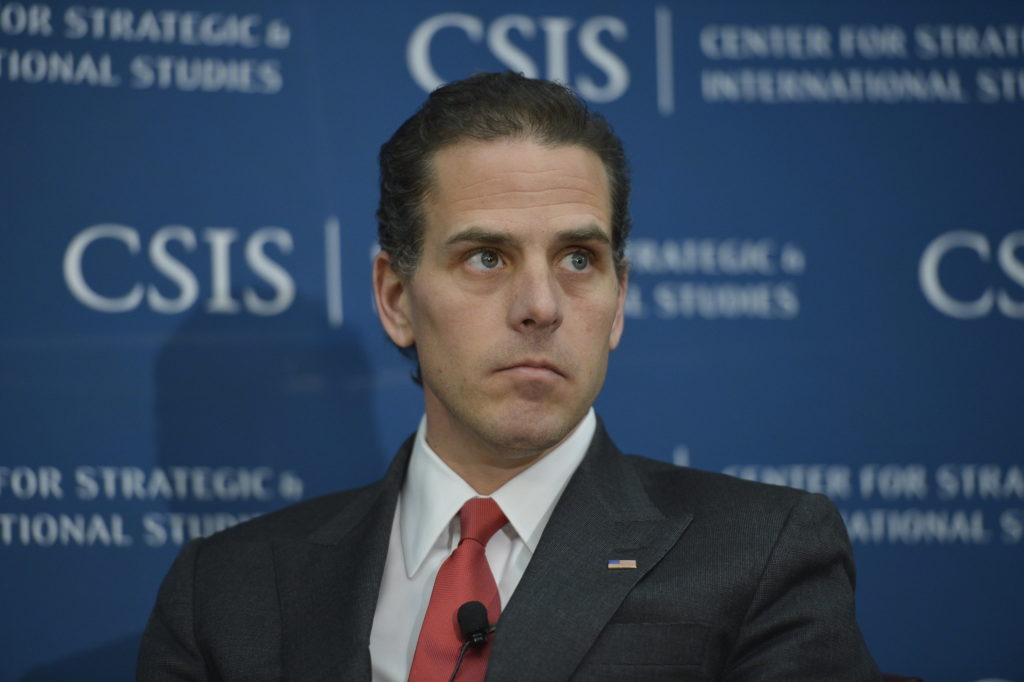 What do Ukraine biolabs, Metabiota, Burisma, Cofer Black, and Hunter Biden all have in common? The answer might hit closer to home than you think: Russia and China are warning that the US government has been funding biolabs in Ukraine for the purpose of creating biological weapons. On March 8th, 2022, Chinese Foreign Ministry spokesperson Zhao Lijian claimed that the “US has 336 labs in 30 countries under its control, including 26 in Ukraine alone. It should give a full account of its biological military activities at home and abroad and subject itself to multilateral verification.” The same day, the Russian Foreign Ministry similarly wrote in TASS: “We confirm the facts, discovered during the special military operation in Ukraine, of the emergency cleanup by the Kiev regime of traces of the military biological program, carried out by Kiev with funding from the US Department of Defense… Documents were obtained from employees of Ukrainian biological laboratories about emergency disposal of particularly dangerous pathogens of plague, anthrax, tularemia, cholera and other deadly diseases, carried out on February 24. In particular, we are talking about the Ukrainian Health Ministry order on prompt disposal of all stockpiles of dangerous pathogens, sent to all bio laboratories.”

Chinese Foreign Ministry: “The US has 336 labs in 30 countries under its control, including 26 in Ukraine alone. It should give a full account of its biological military activities at home and abroad and subject itself to multilateral verification.”pic.twitter.com/SP4lBq83Um

While the US mainstream media and “independent” “fact” checkers have rejected these claims out of hand as more “Russian propaganda,” the Daily Mail has instead corroborated Russia’s accusations by publishing screenshots of email exchanges between Metabiota and Hunter Biden. The US media and Biden administration have downplayed these allegations in claiming that the laboratories in Ukraine are merely “biological research facilities,” but this in turn begs the question: what kind of research was being conducted in Ukraine? And to what end?

Hunter Biden’s laptop reveals damning information not only about the disgraced son of then-Vice President Biden’s business dealings with Metabiota and Burisma, and his business partner, Cofer Black. The revelations also underscore the rampant corruption of the Obama and Biden administrations, with implications beyond the lurid photos and videos of Hunter smoking crack and cavorting with prostitutes. Photos circulating on Twitter show Hunter Biden laying on a couch surrounded by young girls who are massaging him in a way that would make Dan Schneider, of Nickelodeon infamy, blush. The kompromat on the president’s troubled son was also rumored to have been circulating on 4Chan, though this is still unconfirmed. And something more insidious than Biden’s debauchery was uncovered from the laptop.

A Mac Shop owner named John Mac Issac encountered Hunter Biden late one night in April 2019 when the inebriated lawyer stumbled into his shop. Hunter’s laptop had water damage and so he requested that the shop owner recover his data. Issac was closing for the night, but he recognized Biden’s name from a sticker on his laptop and also remembered from the news that Hunter’s brother Beau had died four years prior, and felt obliged to help. Hunter Biden left and Issac set to work on the repairs and data extraction. Upon accessing the laptop’s data, Isaac found peculiar files, including near-pornographic images and email exchanges from various business partners related to overseas financial transactions. This trove has since inspired the shop owner to chronicle his fateful meeting with Hunter Biden in his book, American Injustice: My Battle to Expose the Truth.

The hard-partying son of President Biden, Hunter Biden, served as a board member on the corrupt Ukrainian gas firm Burisma from 2014-2019, during which time he partnered with Metabiota, a Department of Defense contractor which specializes in pandemic-causing diseases research, securing it millions of dollars for funding of bioweaponry. While Metabiota is officially a medical data company, the company’s vice president Mary Guttieri wrote to Hunter Biden in a memo urging him to use the company for research data within the borders of Russia. While the medical data company did research and detect infectious diseases, its greater purpose was to bring Ukraine closer to the West. “As promised, I’ve prepared the attached memo, which provides an overview of Metabiota, our engagement in Ukraine, and how we can potentially leverage our team, networks, and concepts to assert Ukraine’s cultural and economic independence from Russia and continued integration into Western society,” Guttieri wrote.

According to the report in the Daily Mail, the US government expenditure records indicate that Metabiota was awarded a $18.4 million contract by the Department of Defense between February 2014 and November 2016, with $307,091 allotted for “Ukraine research projects.” The Biden family at the time was presumably concerned that Hunter Biden’s lobbying in Ukraine would be revealed as a stark conflict of interest that might undermine the Obama administration’s push for an “anti-corruption” agenda in Ukraine. 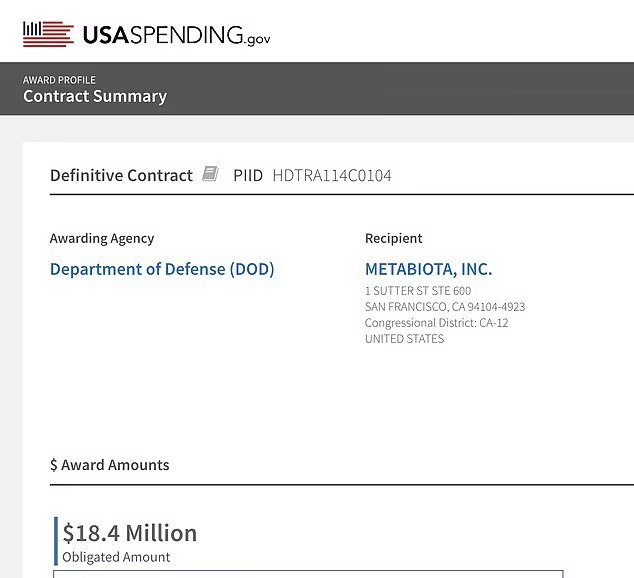 At a town hall event in Nashua, New Hampshire, on December 8th, 2019, former Secretary of State John Kerry flatly denied knowledge of Hunter’s dealings with Burisma, stating “I had no knowledge about any of that. None. No.” However, his denial is contradicted by the U.S. Senate Committee on Homeland Security and Governmental Affairs U.S. Senate Committee on Finance Majority Staff Report. According to Section V of the report, Kerry had in fact been briefed by staffers in May 2014 on Biden’s business with the Burisma board of directors, one day after Hunter joined the board. Kerry also saw press clips of Hunter Biden’s involvement in the gas company. Ultimately, he chose to ignore the blatant conflict of interest, since admitting to it would have meant the Obama administration halting its  “anti-corruption” agenda in Ukraine.

Then Vice President, Joe Biden was the face of the Obama administration’s “anti-corruption” crusade. Biden viewed his son Hunter’s influence with Burisma shareholders as one means to pressure former Ukrainian president Petro Poroshenko into firing Ukraine’s top prosecutor, Viktor Shokin. Vice President Biden had been briefed that the owner of Burisma, Mykola Zlochevsky, was a corrupt oligarch but was nevertheless advised against indicting him for corruption. Zlochevsky would go on to become one of the main financial backers facilitating Volodymyr Zelensky’s ascension to the Ukrainian presidency and following Hunter Biden’s resignation from Burisma. Six months later, Biden was be replaced as a boardmember by Joseph Cofer Black.

Cofer Black is a former CIA operative with a long tenure revolving between the government and private sector, prompting writer Thomas Lifson to call him a “career CIA spook,” which he found to be “an odd coincidence!” Odd, perhaps, but maybe not so much of a coincidence that Black was also former head of the CIA’s CTC (Counter Intelligence Center), which investigated Osama Bin Laden and al-Qaeda and “predicted” the September 11th attacks in 2001. After his service in the CIA and tenure as Vice Chairman of BlackWater (2005-2008), Black moved on to the private sector. And so it was that an intelligence officer turned corporate shill was tapped to sit in the same boardroom seat recently vacated by the President’s son.

This is just one illustration of the revolving door between the US government’s top advisers and private lobbying interests. The Hunter Biden Laptop Scandal demonstrates that nepotism has been and still is the norm within the US government, in which family members share political interests to lobby and influence another sovereign nation. The scandal also reminds us that, despite the conflicting interests within the ruling class, there are times when they put aside differences in order to spearhead foriegn policies that seek to dismantle the sovereignty of a nation to steal their natural resources. Ukraine is but one example of a captive market and people being used as cannon fodder against a rising superpower that is resisting NATO aggression.