Iran Crisis and US Complicity

Loud calls for overthrow of the Iranian "regime" have been popping in Western media lately. Coincidentally, we started to witness it as soon as Iran signed a memorandum to join Shanghai Cooperation Organisation and applied to join BRICS.

By Slava the Ukrainian Socialist November 20, 2022

Thousands of Iranians have been protesting in all major cities of Iran for weeks now, with hundreds reportedly killed due to clashes with police and thousands detained. Women are demonstratively taking their headscarves off and even cutting their hair. Anti-government protests are not rare in Iran and we have witnessed them in previous years. They were mainly fueled by economic grievances. This time however, what served as a spark was the death of a young woman, Mahsa Amini, who died after being detained by the “Morality police” for not properly wearing a headscarf. Protesters are claming that she was tortured by police and died of her injuries even though there is a video of Mahsa Amini collapsing on her own at the police station.

“Women, Life, Freedom“ – protesters have been actively chanting at demonstrations in Iran and different western countries. On Saturday, October 22, approximately 80,000 Iranians and others marched in Berlin alone. Huge protests also happened in London, Toronto and Los Angeles. Iranians living abroad have marched in solidarity with citizens who are uprising in their homeland against the government of Iran, which they call “the evil Islamic regime”. They are calling for tougher sanctions against Iran, to close Iranian embassies and expel diplomats. US Joe Biden recently vowed to “free Iran” in his west coast campaign speech. 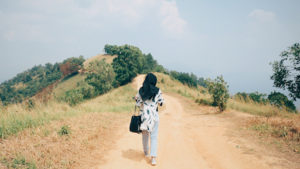 Tellingly, not reported by western media have been the massive rallies in a number of Iranian cities in support of the Islamic Republic and repudiation of the anti-government riots. Demonstrators chanted slogans denouncing the US and Israel, which they blamed for inciting the riots.

Is it mere coincidence that protests began the day after Iran signed a memorandum to join Shanghai Cooperation Organisation on September 15th, 2022? During a meeting in Samarkand, Uzbekistan, in a conversation with Russian President Putin, Iranian President Raisi said: “The relationship between countries that are sanctioned by the US, such as Iran, Russia or other countries, can overcome many problems and issues and make them stronger. The Americans think whichever country they impose sanctions on, it will be stopped, their perception is a wrong one.” Putin replied that relationships were “developing positively” between Russia and Iran and he is supporting Iran’s membership of SCO. Earlier this year, Iran also applied to join the BRICS group. BRICS is a powerful market alternative to the West emerging before our eyes. It is an acronym for five leading economies: Brazil, Russia, India, China, and South Africa. Besides Iran, other countries have also expressed their interest in joining BRICS (Argentina, Saudi Arabia, Turkey, and Egypt). 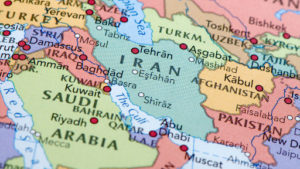 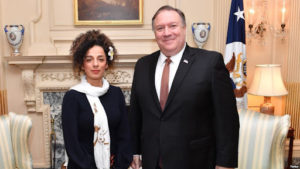 The United States and Israel have tried many times to mobilize Iranians to overthrow their government, through sanctions, media propaganda and the Iranian diaspora. Twenty years ago, Israel’s longest-serving prime minister Netanyahu said that the U.S. should attack Iran with TV. It has used that tactic ever since.  No wonder we now hear about protests on every news channel, while social media are full of posts with gruesome pictures specifically designed to cause disturbance and provoke a response. One of the first to report on the current protests in Iran was Masoumeh “Masih” Alinejad-Ghomi (short Masih Alinejad), Iranian journalist-in-exile, who claims to “lead” this revolution attempt in Iran. In her interview to The New Yorker, she said: “I’m leading this movement, the Iranian regime will be brought down by women. I believe this.” Alinejad had lived outside of Iran for more than ten years working for Voice of America Persia (VOAP), funded by the U.S. Agency for Global Media (USAGM) formerly known as Broadcasting Board of Governors (BBG). She received at least $628,050, documented here.

In a Twitter post on September 14th, Alinejad wrote: “22 years old woman Mahsa Amini suffers heart attack after being arrested by morality police for wearing an inappropriate hijab.” Next day she is adding to her story: “In Iran this woman is in a coma because morality police savagely arrest her in order to force her to follow sharia law & wear hijab.” On September 16, her rhetoric changed dramatically when she began using #MahsaWasMurdered in her tweets, implying that Mahsa Amini was killed by the Islamic Republic’s “hijab police” in Iran. From there, Alinejad and thousands of Iranians living abroad and sympathizers started sharing the hashtag and demanding justice for Mahsa Amini. Of course by justice they mean a complete overthrow of the government, even if it requires a foreign invasion. They hope to reproduce a successful color revolution as happened nine years ago in Ukraine or during the 1953 Iranian coup d’état, in which the democratically-elected Prime Minister Mohammad Mosaddegh was overthrown by the US and UK in order to install the Shah, Mohammad Reza Pahlavi. Unfortunately for them, there are many Iranians still alive who remember the history. And they will not allow the Western Imperialist powers to do it again. The Iranian people are strong and more than capable of deciding their own fate.