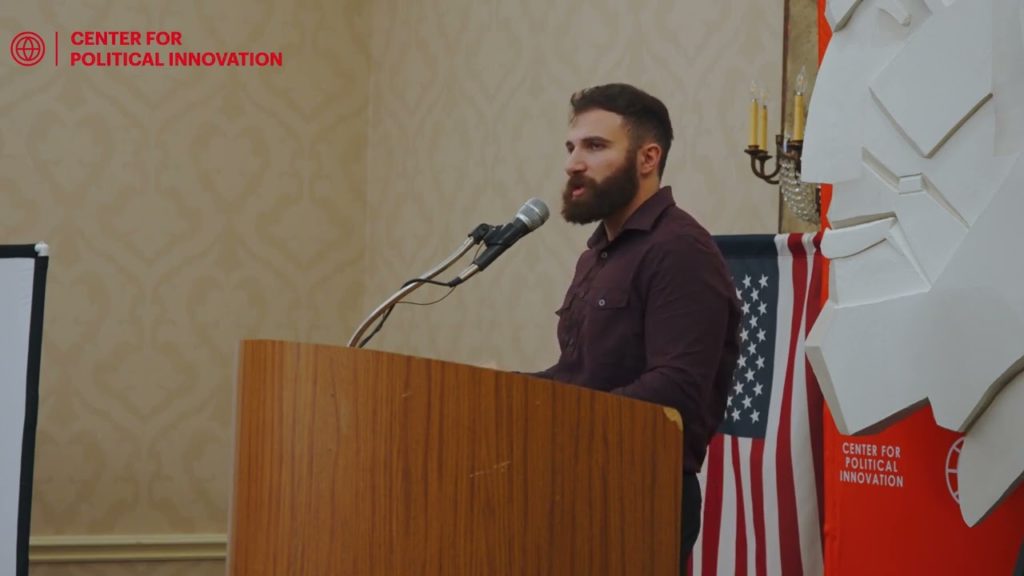 Cleverly written, the report points to Twitch’s recently adopted new policy: “Twitch pledged to take action against streamers who meet three criteria: “their online presence – whether on or off Twitch – is dedicated to (1) persistently sharing (2) widely disproven and broadly shared (3) harmful misinformation topics, such as conspiracies that promote violence.”

TTP styles itself an “electronic watchdog group” and claims that both Twitch and Amazon, Inc. generated revenue from subscriptions to Hinkle and Infrared’s streams, thus violating their new policy on “harmful misinformation.”

The TTP is headed by Katie Paul who is described as a “Archaeo Activist” & Anthropologist working in Washington DC. TTP’s website says “Katie Paul, TTP’s Director, specializes in tracking criminal activity on online platforms such as Facebook. She also serves as co-director of the Antiquities Trafficking and Heritage Anthropology Research (ATHAR) Project and a founding member of the Alliance to Counter Crime Online (ACCO). She holds a bachelor’s degree from Miami University (OH) with a double major in Anthropology and Ancient Greek and earned an M.A. in Anthropology at The George Washington University.”

InfluenceWatch.org’s page on the TTP says “The Tech Transparency Project is a left-leaning watchdog group that opposes and criticizes various activities of large technology and social media companies,” listing 2016 as the founding date of the organization. It goes on to describe the TTP as a “group [that] often attacks platforms such as Facebook for hosting far-right groups and advertisements that allegedly promote misinformation.The organization is a project of the left-of-center Campaign for Accountability and is funded by several notable left-leaning groups and individuals including the Open Society Foundations, the Craig Newmark Philanthropies, and David Magerman.”

The Campaign for Accountability (CfA) is another Washington DC based organization co-founded in May 2015 by Anne Weismann and Louis Mayberg, both of whom previously worked for Citizens for Responsibility and Ethics in Washington(CREW), another 501(c)(3) non profit organization in D.C. originally started by Norman L. Eisen. Eisen served as co-counsel for the House Judiciary Committee during the first impeachment and trial of President Donald Trump in 2020. Both Eisen and Weismann have extensive history working for the Brookings Institution.

On TTP’s website in the “about” page, it lists these funders:

The Open Society Foundations (OSF) is George Soros’ premier grant making network. OSF has extensively funded pro-Ukrainian positions in its media and Soros has been tied to an extensive media campaign in the 2014 EuroMaidan movement. Soros has voiced his opinion very publicly on his private twitter account concerning the current conflict in Ukraine.

Within the same day that the report was published (supposedly sent to Twitch and Amazon corporate offices), the companies banned both streamers. Jackson Hinkle is appealing the decision while Infrared is weighing its options. This sets a major precedent for blatant corporate and NGO coordinated censorship efforts to target Marxist Leninist content creators who infuse coverage of the Ukraine conflict with alternative views of current events of the war – in stark contrast to the US State Department and Western Media’s near total hegemony on the mainstream narrative.

Fans of the shows have threatened to cancel their Twitch subscriptions and have voiced their outrage on twitter and social media. ML and socialist communities from across the internet have expressed their concern that this concentrated effort is not over and the other platforms will be targeted in the near future.

The “Tech Transparency Project” represents a high level of Washington D.C. based NGO and government aligned Soros funded political operatives who have used their extensive power and expertise in media law to successfully “cancel” dissenting opinions, over the past few years. They literally exemplify how “cancel culture” can be completely professionally embodied and projected openly, typically without consequences.

CPI stands in solidarity with Jackson Hinkle and Infrared.