Capitalism Has Failed As Badly As Anything Can Fail: Notes From The Edge Of The Narrative Matrix

We could have a world of peace, equality, justice, health and harmony, but instead we're marching toward dystopia and extinction. 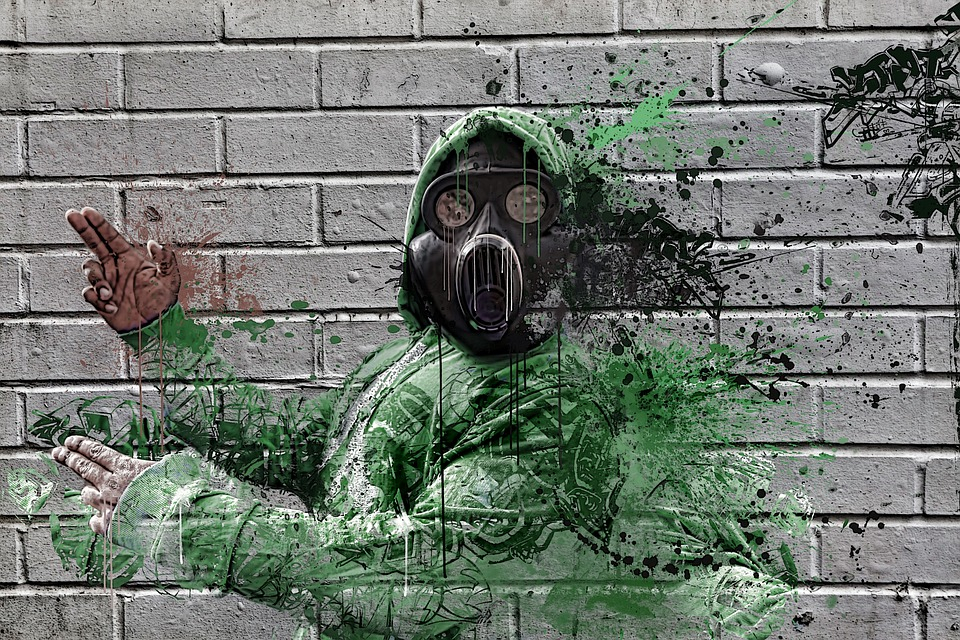 Listen to an audio reading of this article below:

“No no you don’t understand, this US war is completely different from all the other US wars. See, the US is intervening in Ukraine for humanitarian reasons. We’re fighting a bad guy who is an evil dictator that loves war crimes and genocide. Not like all those other interventions.”

If the US proxy war in Ukraine was meaningfully different from other US wars they would be justifying it using different arguments, not the exact same ones.

The war propaganda is airing reruns.

Western punditry is rife with op-eds arguing that the US needs to vastly increase military spending because a world war is about to erupt, and they always frame it as though this would be something that happens to the US, like its own actions would have nothing to do with it.

If World War 3 does indeed occur, it will be because the drivers of the US-centralized empire continued accelerating towards that horrific event while refusing every possible diplomatic off-ramp due to their inability to relinquish their goal of unipolar planetary domination.

Pointing out the various flaws in historical attempts at communism does not address the problem that if we don’t move from competition-based models to collaboration-based ones we’re going to destroy all life on this planet in short order. We’ve still got to find a way to change.

Have issues with Stalin and Mao? Okay. Cool. Our competition-based models are still destroying our biosphere and shoving us toward nuclear war. Our survival still depends on moving toward collaboration with each other and with our ecosystem toward the thriving of all beings. Babbling about Stalin and Mao doesn’t magically change the fact that we can’t keep doing this thing where human behavior is driven by profit and competition.

Leaving aside that many problems with communism have been wildly exaggerated and others are the direct result of sabotage and economic warfare by the capitalist empire, those criticisms never address the problem that capitalism has no solutions for our current existential crises. So we need systems which can address those existential crises. I see no models with any hope of sustainability that don’t involve a radical transition from competition to collaboration at every level. We will either accomplish that transition or we will go extinct. It really is that simple.

It’s literally killing us. It’s brought us to the brink of extinction by environmental collapse or nuclear armageddon. That’s literally the worst failure that any system could possibly achieve. When your back is against the wall and your choices are between radical change and extinction, you’ve no other options but to try radical change. That’s the juncture we’re at right now.

The status quo political establishment has failed as spectacularly as anything could possibly fail. We could have a world of peace, equality, justice, health and harmony, but instead we’re marching toward dystopia and extinction. It is entirely within the reach of human potential to have a collaboration-based civilization where everyone works together toward human thriving. Our rulers have delivered only competition-based systems which do the exact opposite. They failed the test. Time for something new.

It doesn’t get any more fail than “Yeah we’ve competed ourselves into a situation where there might be a nuclear war that ends literally everything any minute now.” That’s the most fail you can have while still being alive enough to acknowledge the failure. The facts are in. They failed.

A system that fails to that extent does not deserve to exist, and should not exist. There are a whole lot more of us than there are of them, and if we can just shake each other awake from the propaganda-induced coma we’re all in we can force the creation of much better systems.

Mass media propagandists work so hard to discredit The Grayzone because they know that tomorrow it could be their own emails getting published revealing corrupt collusion with western officials and intelligence insiders.

Be happy. Not because you “deserve” it or any of that empty narrative fluff, but because the world is a hard place and any spark of happiness is sorely needed.

The Prosecution of Alex Saab: The Latest Attempt to Strangle Venezuela

Three Illuminating Quotes About The War In Ukraine