As the Kiev regime grows increasingly desperate, it is difficult to know who and where it will strike next. 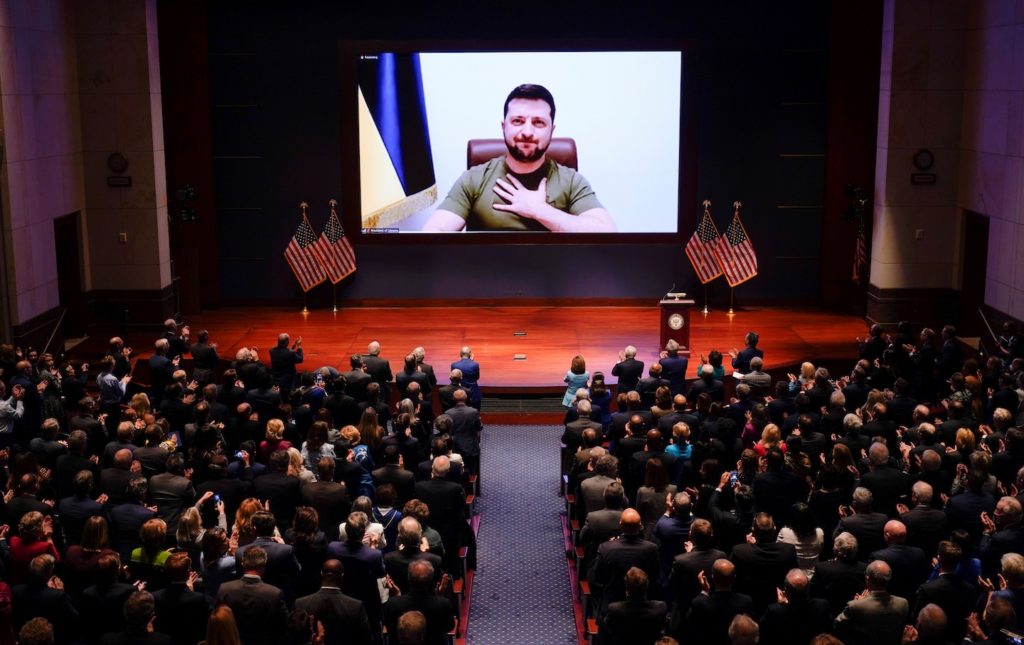 The Ukrainian military continues to commit acts of terrorism against Russia and the people of the Donbass, relying on critical support from the West to perpetrate its crimes. On October 25, 2022, a large car bomb exploded in the southeastern city of Melitopol, next to a building housing the Zaporozhye regional TV company, ZaTV. Miraculously, the attack did not result in any civilian casualties, but the media outlet sustained “significant damage” and emergency responders took five people to the hospital with minor injuries. The car bomb detonated in an area with no nearby military targets.

Five days earlier, another Ukrainian attack using a US-made HIMARS (High Mobility Artillery Rocket System) missile killed four civilians. The missile also destroyed 12 cars, injuring a dozen others including children who had been attempting to flee across the Dnieper River. These are just two of the hundreds of war crimes that the Kiev regime has committed against civilians in Donbass, since the US installed the Kiev regime in the 2014 Euromaidan coup d’etat.

Following the events of Euromaidan, the Kiev regime set up an online database called Mirotvorets to identify and target its declared enemies–many if not most of whom are noncombatants. The hit list includes prominent figures from Henry Kissinger to Pink Floyd lead singer Roger Waters. Editor-in-Chief of TheRevolutionReport Donald Courter is on the list as well, among other media commentators and citizens of Ukraine, Russia, the United States, Canada, Germany, and other countries.

In August 2022, the Kiev regime carried out a brazen terrorist attack near Moscow, Russia when it used a car bomb to murder the accomplished journalist and political scientist Darya Dugina, daughter of the eminent philosopher Alexander Dugin. President Vladimir Putin hailed Dugina as a “bright, talented person with a real Russian heart – kind, loving, sympathetic and open,” and condemned the “vile, cruel crime.” While Kiev has denied any responsibility, even the United States admits it believes that Kiev was culpable for Dugina’s murder. The site Mirotvorets later marked Darya Dugina as having been “liquidated,” offering further confirmation, if any more was needed, that the site is in fact a hit list that targets civilians on foreign soil.

Civilian infrastructure in the territories liberated by Russia has also been targeted. On October 9, 2022, Ukraine’s SBU carried out a bombing attack, reportedly planned by British spies, on the Kerch Strait bridge connecting Crimea to the mainland. According to Russian investigative committee spokeswoman Svetlana Petrenko, “a truck was blown up on the automobile part of the Crimean Bridge from the Taman Peninsula [the westbound lanes of the bridge], which led to the ignition of seven fuel tanks of a train traveling toward the Crimean Peninsula. As a result, two car lanes of the bridge partially collapsed.” President Putin condemned the terrorist attack act and three days later announced that authorities had detained eight people in connection with the attacks. The impact of the explosion– in which the driver, perhaps unwittingly, served as a suicide bomber — was widely exaggerated and celebrated in the western press. In fact, the bridge closed temporarily; rapid repairs restored it to partial use within days.

The Nord Stream pipelines are the most prominent recent attacks aimed at severing Russia’s economic relationship with Europe to the benefit of American firms. It now appears that British intelligence had a role in sabotaging the pipelines, at the behest of the United States. Former UK Prime Minister Liz Truss while serving as Foreign Secretary appears to have regularly used an unsecured phone to communicate, one much easier to hack. Self-described “internet freedom fighter” Kim Dotcom recently alleged that Truss had texted US Secretary of State Anthony Blinken the words, “It’s done,” a minute after the pipelines were successfully sabotaged. The Russian Defense Ministry was forthright in its explanation: “According to available information, representatives of this unit of the British Navy took part in the planning, provision, and implementation of a terrorist attack in the Baltic Sea on September 26 this year – blowing up the Nord Stream 1 and Nord Stream 2 gas pipelines.” The United Kingdom has predictably rejected this and sought to blame Russia for destroying the German sections of pipeline. But it is itself damning that several NATO countries have investigated the matter and proceeded to seal their findings from the public on national security grounds. If there were any actual evidence that Russia were involved, we would have heard about it, repeatedly.

How do the Russians know that the UK blew up the North Stream pipelines in partnership with the US?

Because @trussliz used her iPhone to send a message to @SecBlinken saying “It’s done” a minute after the pipeline blew up and before anybody else knew?

Since 2014, civilians in Donbass have endured wave after wave of terrorist attacks. As the Kiev regime grows increasingly desperate, it is difficult to know who and where it will strike next. To put down a country that has now seen fit to behave like a rabid dog, Russia must thoroughly denazify and demilitarize this threat to us all.

US Media & Venezuela: A consistent pattern of distortion

House Passes Unbelievably Huge Defense Budget — And It Could Get Worse